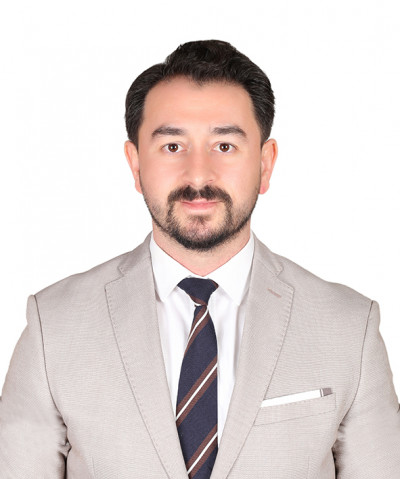 Prof. Dr. H Deniz Başdemir received his bachelor's, master's and doctorate degrees from Çankaya University Department of Electronics and Communication Engineering in 2008, 2010 and 2014, respectively, with honor and high honor degrees. He won the Young Scientist Award given by the Belgian-based International Union of Radio Sciences (URSI) in 2011 with a study published from his master of science thesis. In 2014, the project proposal titled Smart Mobile Antenna Design was found worthy to be supported by the Ministry of Industry and he served as the project manager. He started his career as an Expert in Electronics and Communication Engineering Department in 2009, and worked as an Assistant Professor between 2015-2017. In 2017, he got the title of Associate Professor in the science brunch of Electrical and Electronics Engineering from the Interuniversity Board. He served as a faculty member and head of Electrical and Electronic Engineering department at Konya Food and Agriculture University between 2020 and 2022. In 2022, he promoted to professorship in the Faculty of Engineering and natural Science at the University of Sivas Science and Technology University. He is the author of more than 50 national and international publications on electromagnetic and acoustic wave propagation, scattering and diffraction. Among them, he is the sole author of 23 works in the SCI index, mostly in the Q1 and Q2 quarters. He continues actively to research activity.

Prof. Dr. H. Deniz BAŞDEMİR has a good level of English and basic level of French. He is married and has a daughter.