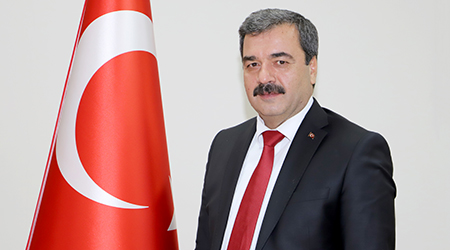 
Professor KUL has taken part in six industry-oriented projects supported by TÜBİTAK. He is also carrying out two 1001 projects in which academicians from METU and Bursa Technical University participate as researchers and these projects are supported by the Scientific and Technological Research Council of TÜBİTAK Engineering Research Group. Through these projects, he has created a scientific research group consisting of 2 PhD, 4 graduate students and 6 academicians and continues his scientific and technical studies. He has worked as a researcher and conductor in a total of 16 scientific-technical projects, 9 of which are supported by TÜBİTAK, 2 by DPT, 1 by the Ministry of Industry (SANTEZ) and 4 of which by CÜBAP.


In the last 2 years, he visited the Research and Development Center of 61 private companies, among them the biggest ones of our country within the scope of the projects supported by TÜBİTAK Technology and Innovation Support Programs Department. During these visits, he examined the R&D centers and projects of the companies and made suggestions for the solution of the problems encountered.


He won the Graduate First Prize in Science in the field of Science with publications produced from the Master Thesis in the organization named ?Garanti Science Olympics? which was held by both Cumhuriyet University Foundation and Garanti Bank in 2010.

He was appointed as Rector to Sivas Science and Technology University with the decision of our President Mr. Recep Tayyip Erdoğan on December 12, 2018.